Awhile back I inadvertently ordered the wrong stuff. I had meant to order a roll of unprimed/raw #12 cotton canvas but what I ended up with was a roll of light weight preprimed material that was barely canvas, similar in heft to what was called oil cloth like Grandma would buy in town from a roll at Woolworth's or Kresge's to roll out on the table for everyday before she had the formica topped table with shiny metal legs.

As art supplies, this stuff is not really suitable for stretching -and after trying other things I concluded that it just wouldn't do for much of anything I had in mind -except it would work for a drawing series -and so here are predominately charcoal renderings with pencil & other drawing media + wash(es) on unstretched preprimed material. Each piece is approx 24x 30 inches. Scroll down. 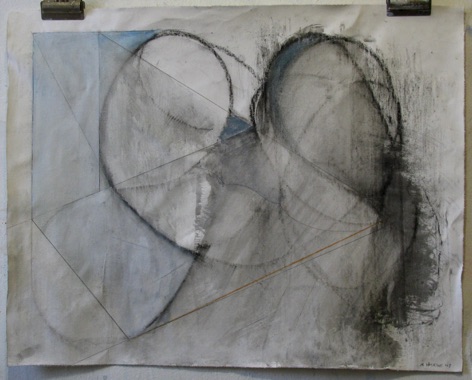 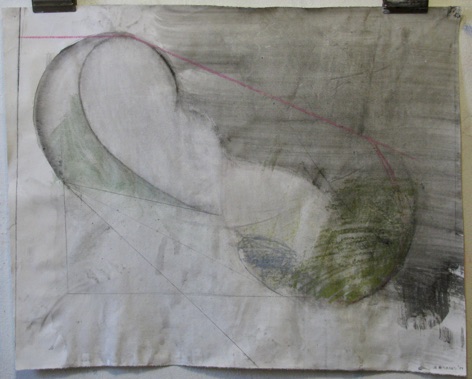 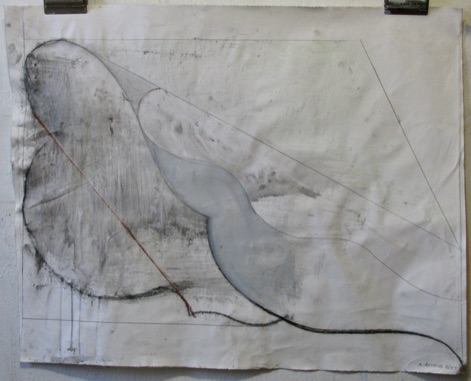 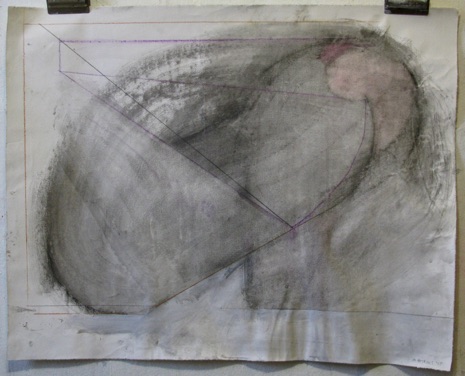 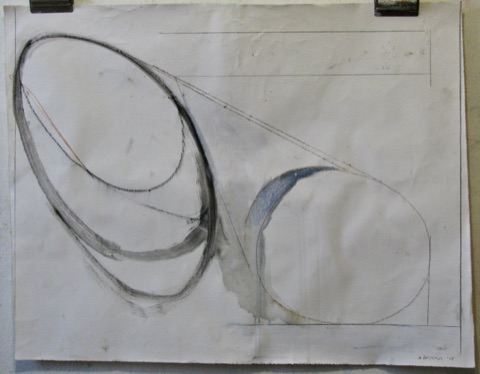 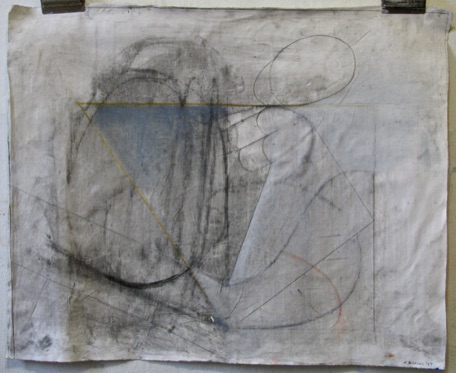 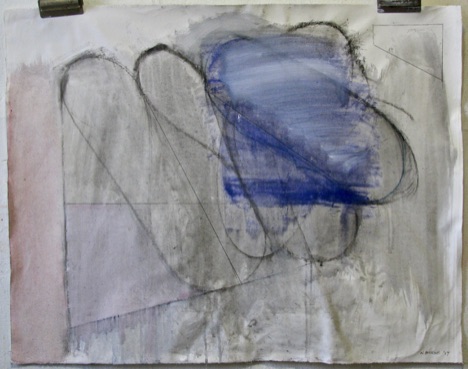 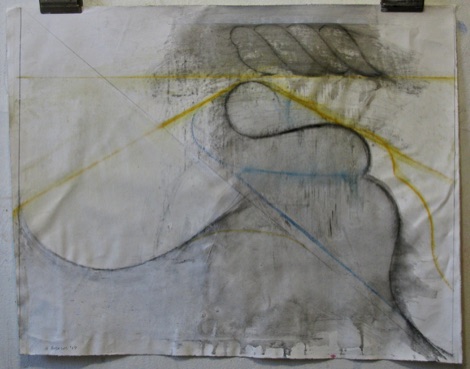 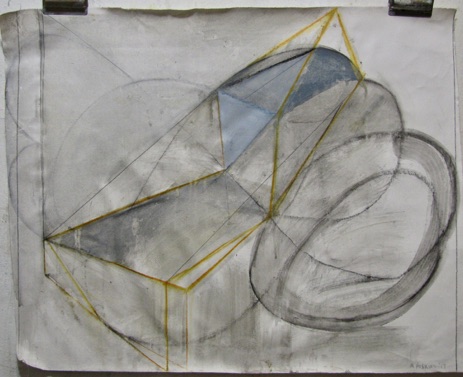 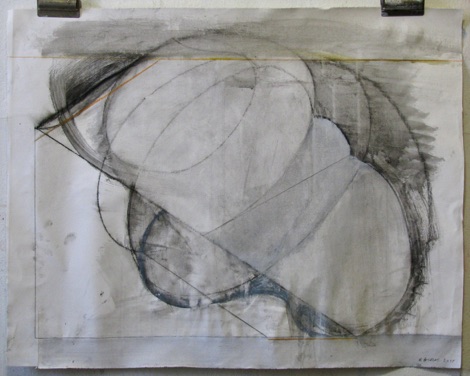 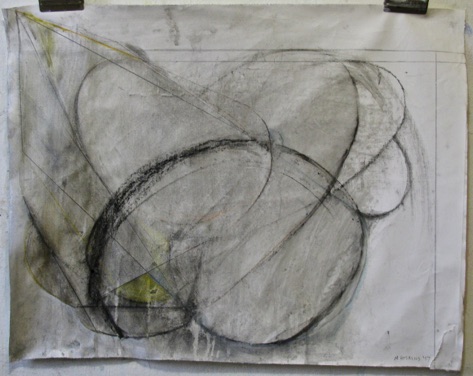 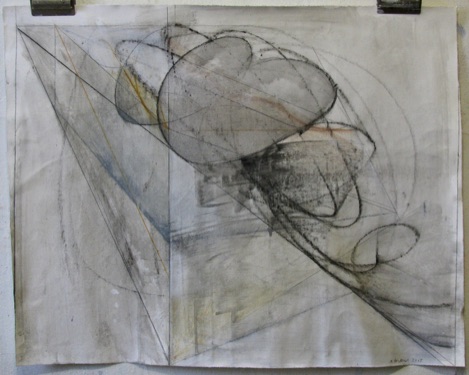 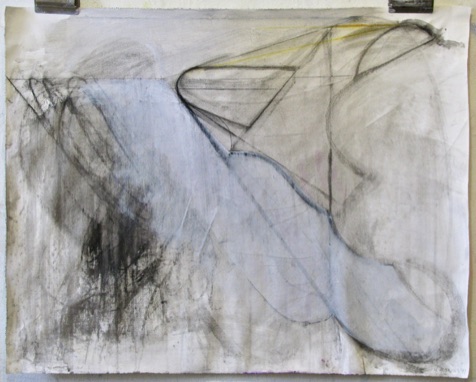 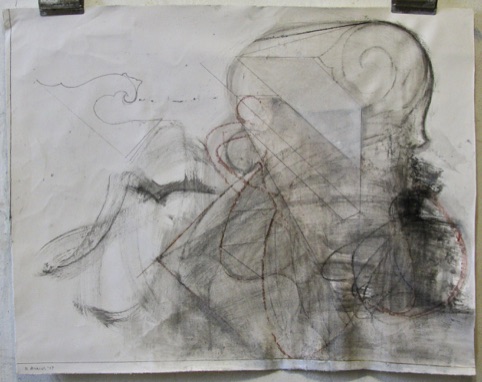 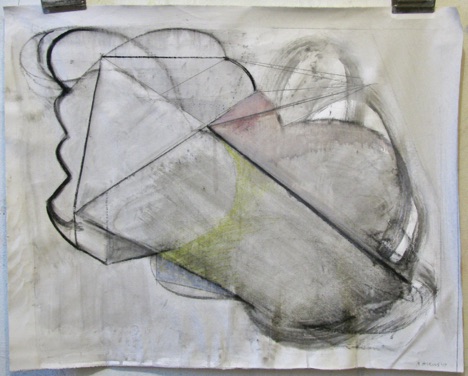 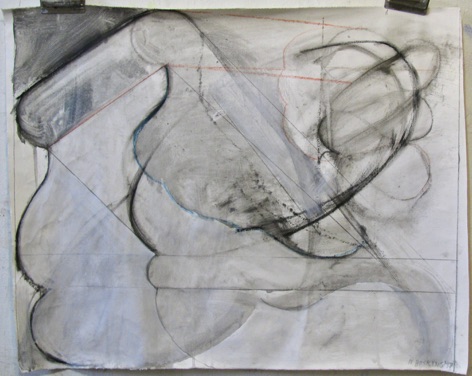